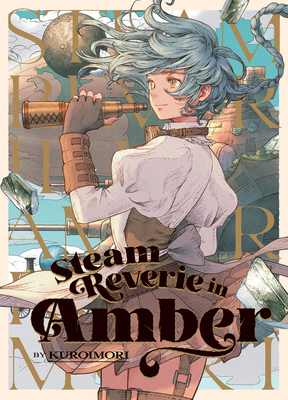 
On Our Shelves Now at:
A full-color steampunk artbook & manga collection hardcover--includes all 22 Major Arcana as removable tarot cards! Don't miss this beautiful release from an award-winning Japanese artist who contributed to Final Fantasy art.

In a world wedged somewhere between past and future, an airship drifts gently among pillow-soft clouds. This is the Tomeship--purveyor of used books and fresh coffee across the skies. It can only be seen by those who bear the Gearform Scar on their hearts. Are you one such soul? Immerse yourself in a gorgeously illustrated magical realm and find out!
Kuroimori is an award-winning Japanese artist from Tokyo whose illustrations have appeared in various Final Fantasy products. Steam Reverie in Amber is Kuroimori's first book.