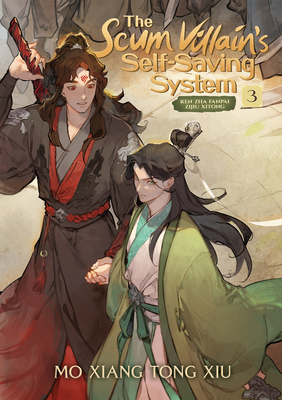 To save his sect from destruction, Shen Qingqiu has at last submitted to Luo Binghe—though he wishes people would stop saying it like that! Unfortunately, they’re not wrong.

Luo Binghe has finally made his desire for his old master clear. For all that Shen Qingqiu longs to return to their peaceful days together on Qing Jing Peak, he knows it’s impossible now that Luo Binghe has darkened into a true demon lord. But as Shen Qingqiu begins to uncover more of Proud Immortal Demon Way’s hidden plot, including his host body’s own backstory, he realizes he must learn to see Luo Binghe for who he truly is if either of them are to survive.
Mo Xiang Tong Xiu (MXTX) is a globally renowned and New York Times’ bestselling author whose works are often cited as the most well-known of the modern danmei genre. Originally self-published in Chinese via the novel serialization website, JJWXC, her current titles include The Scum Villain’s Self-Saving System, Grandmaster of Demonic Cultivation, and Heaven Official’s Blessing, all available in English from Seven Seas. Her series have enormously popular multimedia adaptations and have been published in numerous languages around the world.