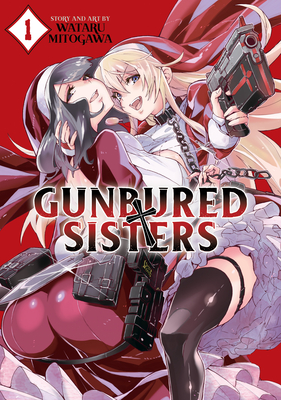 This is book number 1 in the GUNBURED × SISTERS series.

From the artist behind the Gargantia on the Verdurous Planet manga! A vampire and a warrior nun’s fates are bound by blood and perhaps love in this action-packed series.

In a decaying gothic city, warrior nun Dorothy is tasked with hunting and slaughtering supernatural creatures. A member of the elite Crimson Sisters, she seeks to eradicate all vampires. But one fateful night, she encounters the fanged and beautiful Maria, wounded and desperate for care. Dorothy offers the half-vampire one chance at survival: become my pet.
Wataru Mitogawa is a Japanese manga creator best known for illustrating the manga adaptation of hit anime Gargantia on the Verdurous Planet, as well as writing and illustrating the manga Samurai Edge and GUNBURED × SISTERS.