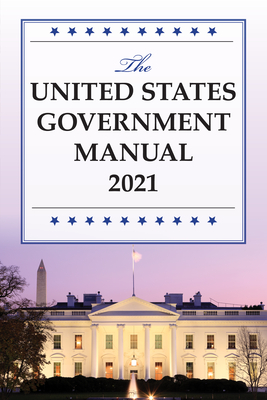 
Not On Our Shelves—Ships in 1-5 Days
For over eight decades, The United States Government Manual has been known as the official handbook of the federal government. This annual resource provides comprehensive information on the agencies of the legislative, judicial, and executive branches, as well as quasi-official agencies, international organizations in which the United States participates, boards, commissions, and committees. The Manual begins with reprints of the Declaration of Independence and the U.S. Constitution. Each agency's description consists of a list of principal officials heading major operating units; a summary statement of the agency's purpose and role in the federal government; a brief history of the agency, including its legislative or executive authority; and a description of consumer activities, contracts and grants, employment, and publications. The United States Government Manual is published as a special edition of the Federal Register. Its focus is on programs and activities.
This book is edited by the National Archives and Record Administration.