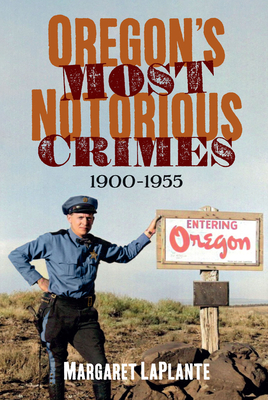 
Special Order—Subject to Availability
Oregon is known for its forests, lakes, and scenic beauty. But there is another side to Oregon. The pages of this book contain stories of Oregon's notorious past, including: murder victims dropped through a hole in a frozen lake; the Roseburg dentist who faked his own death, leaving behind a burnt, headless corpse; the notorious Oregon Jones who proved there was not a jail or a prison that could hold him or his brother; Oregon outlaw Harry Tracy, who was once a member of Butch Cassidy's gang; murders scheduled to take place when the astrological stars aligned; the execution-style murder of two automobile executives at Crater Lake National Park; the West Point graduate and war hero who brutally murdered a pawnbroker; and Machine Gun Kelly's ties to Medford.