The Secret Lives of Numbers: Numerals and Their Peculiarities in Mathematics and Beyond (Paperback) 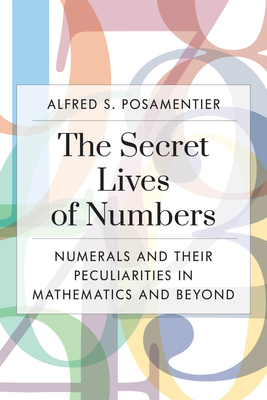 The Secret Lives of Numbers: Numerals and Their Peculiarities in Mathematics and Beyond (Paperback)


Not On Our Shelves—Ships in 1-5 Days
Alfred S. Posamentier has published over sixty books in the area of mathematics and mathematics education, including Math Tricks: The Surprising Wonders of Shapes and Numbers, The Joy of Geometry, Math Makers: The Lives and Works of 50 Famous Mathematicians; The Mathematics of Everyday Life (with Christian Spreitzer); and The Joy of Mathematics (with Robert Geretschlager, Charles Li, and Christian Spreitzer). After having been on the faculty of the City College of the City University of New York for forty years, where he was a professor of mathematics education and dean of the School of Education, he subsequently held the same positions at Mercy College, New York, for five years. He was also executive director for internationalization and sponsored programs at Long Island University, New York. He is currently a Distinguished Lecturer at the New York City College of Technology of the City University of New York.