In Passionate Pursuit: A Memoir (Paperback) 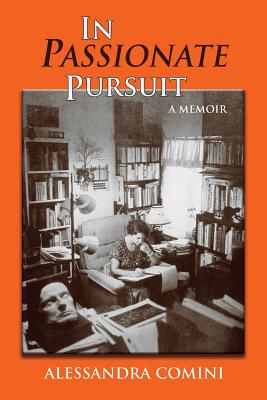 In Passionate Pursuit: A Memoir (Paperback)

Overflowing with passion for her work as a scholar and teacher, Distinguished Professor of Art History Emerita at Southern Methodist University in Dallas, Texas, Alessandra Comini reminisces through six decades as an unconventional art historian in this illustrated memoir. The author of award-winning books on Egon Schiele, Gustav Klimt, and Ludwig van Beethoven, Comini draws on her sixty years of daily journals, sharing research-related anecdotes as she reflects on the formation and flowering of her distinguished career. Beginning with her colorful background as a refugee from Franco's Spain, then Mussolini's Italy, she describes her music-loving family's sometimes humorous, sometimes painful adjustment to a World War II Texas. A series of fortuitous experiences at Interlochen's National Music Camp, Barnard College, the University of California at Berkeley, and Columbia University later leads to what would ultimately be a turning point in her life as well as in Schiele scholarship. She discovered the actual cell in which Schiele had been imprisoned in a provincial Austrian jail half a century earlier. Comini invites readers to join her in the same zestful and persistent pursuit of cultural history that has repeatedly earned her the honor of being voted "outstanding" professor, by her students at Columbia University and later at Southern Methodist University in Dallas. Her research and quests take the reader around the world and back. From the islands of Corfu, Madeira, R gen, and Tahiti to the cities of Lisbon, Rome, Oslo, and St. Petersburg, Comini pursues such diverse and distinctive personalities as Rosa Bonheur, Gustav and Alma Mahler, Pablo Picasso, Eleonora Duse, Edvard Munch, K the Kollwitz, Vaslav Nijinski, and Egon Schiele. Alessandra Comini's memoir will inspire readers with its sincere and compelling account of an extraordinary life and career still passionately in progress. Retirement for her has meant discovering a joyful new profession: writing art history murder mystery novels that take her eighty-year-old pseudonymous heroine Megan Crespi from the top of Europe down to Antarctica in pursuit of murderous purloiners of artworks by Klimt, Schiele, Kokoschka, Munch, and Kollwitz.