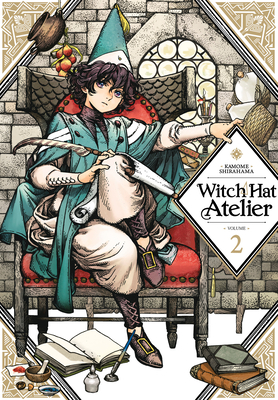 This is book number 2 in the Witch Hat Atelier series.

Join Coco as she continues her spellbinding journey of magic and discovery!

After traveling to the mystical township of Kalhn with her new master to buy a casting wand, a strange, masked witch transports Coco and her three sister apprentices to an eerily quiet city. But they soon find out that they're not alone, and they encounter a ferocious dragon! Do these fledgling witches have what it takes to defeat the fire-breathing beast, or will their plans and lives go up in flames?!
Kamome Shirahama is best known in the United States for her comics cover art at DC and Marvel, including such titles as Star Wars: Doctor Aphra and Batgirl and the Birds of Prey. Witch Hat Atelier is her first manga to be released in English.