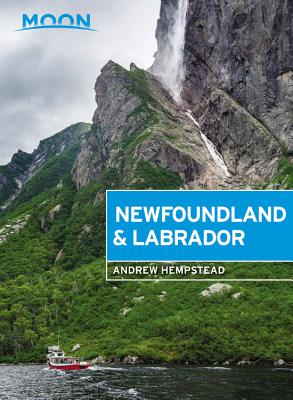 Expanding your trip? Try Moon Atlantic Canada, or Moon Vancouver & Canadian Rockies Road Trip.
As a professional travel writer, Andrew Hempstead spends as much time as possible out on the road. He looks forward to spending every second summer at home in the Canadian Rockies, traveling mountain highways and hiking trails, exploring new places, and updating old favorites. He spends as much time as possible on the road, traveling incognito, experiencing the many and varied delights of the region just as his readers do.

Since the early 1990s, Andrew has authored and updated more than 60 guidebooks, and supplied content for regional and national clients like Expedia and KLM. His photography has appeared in a wide variety of media, ranging from international golf magazines to a Ripley's Believe it or Not! Museum.

Andrew and his wife Dianne also own Summerthought Publishing, a Canadian regional publisher of nonfiction books. He is a member of The Diners Club® World's 50 Best Restaurants Academy. Andrew has also spoken on travel writing to a national audience and has contributed to a university-level travel writing textbook.