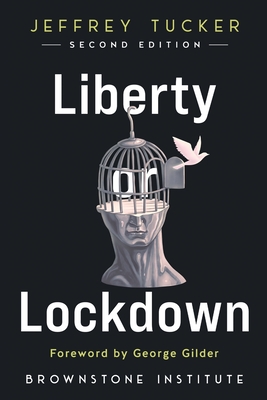 
Not On Our Shelves—Ships in 1-5 Days
(This book cannot be returned.)
The second edition of this book appears two years after the first. I deliberately left the body of the book unchanged other than add a new introduction. if only to underscore the point: there were plenty of warnings The significance of the timing of the first edition book is obvious to anyone who has lived through our strange times: September 2020. That was six months following the lockdown of most of the world during which places where people might "congregate" were shut by governments. The reason was to avoid, mitigate, eliminate maybe, or otherwise diminish the disease impact of the virus that caused Covid. This was before the vaccine came out, before the Great Barrington Declaration, and before data on excess deaths the world over showed vast carnage from these policy decisions. The second edition appears two years later. The topic put me to work trying to understand the thinking, a process which took me back through the history of pandemics, the relationship between infectious disease and freedom, and the origin of lockdown ideology in 2005. The times during which it was written were beyond strange. People went full medieval in every way in which that term can be understood. There was public flogging in the form of masking and the abolition of fun, feudalistic segregation and disease shaming, the practical end of most medical care unless it was for Covid, the scapegoating of non-compliers, and a turn to other pre-modern forms. All of this became worse once the non-sterilizing vaccines appeared on the market that many if not most people were forced to accept or lose their jobs. Writing now September 2022, I cannot even imagine going through the pain of putting this research together again. I'm very pleased it was done then because now this book survives as a marker that there was dissent, if nothing else. This was a period of time - still is today - when vast numbers of people feel betrayed by technology, media, politicians, and even their one-time intellectual heroes. It is a time of grave destruction with still-broken supply chains, roaring inflation, mass cultural demoralization, labor market confusions, and terrible uncertainty about the future. Let us hope, too, that it is a period of rebuilding, however quietly it is taking place. Starting the Brownstone Institute is part of that for me. So many others have joined. Today we published articles from all over the world since so many around the world have shared in this suffering. Jeffrey Tucker, September 2022