The Communist Road to Capitalism: How Social Unrest and Containment Have Pushed China’s (R)evolution since 1949 (Paperback) 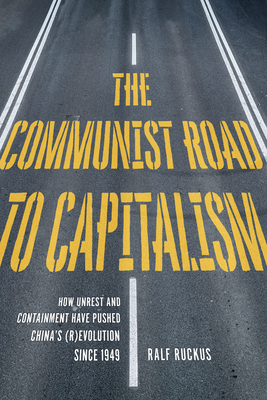 The Communist Road to Capitalism: How Social Unrest and Containment Have Pushed China’s (R)evolution since 1949 (Paperback)


In Stock—Click for Locations
Many interpret this transition as the result of the "betrayal" by reformers in the Party who wanted to establish capitalism. Ralf Ruckus reveals that the planned economy of socialist China not only created a class society under CCP rule that was based on exploitation, repression, gender division, and social exclusion but also led to class struggles against the new socialist ruling class. In typical authoritarian fashion, the Party leadership reacted with repression and rigid policies that were meant to strengthen and consolidate power. The restructuring of the state sector, as well as foreign investments, industrialization, migration, and urbanization, fundamentally altered the economy, the gender regime, and the composition of the working class. By carefully tracing these developments, Ruckus provides us with an invaluable insight into how this would ultimately transform the CCP leadership itself, turning it into the core of the newly composed capitalist ruling class that is still in power today. The Communist Road to Capitalism is both a bold reinterpretation of the history of the People’s Republic of China and a searing critique of centralized state power.
Ralf Ruckus has been active in social movements in Europe and Asia for decades and publishes texts on social struggles in China and elsewhere. He edits gongchao.org and blogs on naoqingchu.org.