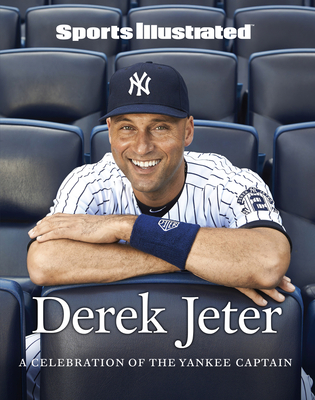 By The Editors of Sports Illustrated

Derek Jeter made his major-league debut at age 20 in 1995. The following year, he earned Rookie of the Year honors as the starting shortstop as the Yankees won the team’s first championship since 1978. Over the next two decades, Jeter kept hitting and the Yankees kept winning.

By the time he hung up his pinstripes at the end of the 2014 season, the Yankee captain had collected five World Series rings and 3,465 hits. He was named to 14 American League All-Star teams and boasts a .321 career batting average in the World Series. It was no surprise when Jeter was elected to the Baseball Hall of Fame in his first year of eligibility in 2020, receiving more than 99% of the vote.

In celebration of Jeter’s induction in Cooperstown in 2021, these moments and memories are collected in Derek Jeter: A Celebration of the Yankee Captain, a fully illustrated gift book commemorating the career of the most beloved Yankee of his generation.

Featuring more than 100 photographs and unparalleled written coverage from the pages of Sports Illustrated, this new volume provides readers a complete portrait of the ultimate team player who became a role model and a baseball icon—from earning the Yankees starting shortstop job in spring training in 1996 to his record-setting postseason play and his walk-off single in his final game at Yankee Stadium.

This lavish keepsake also features Sports Illustrated’s best written coverage of Jeter’s career, including pieces by Tom Verducci, Joe Posnanski, Michael Silver, and more.
Sports Illustrated, the most respected voice in sports journalism, is a multimedia sports brand that takes the consumer into the heart and soul of sports.