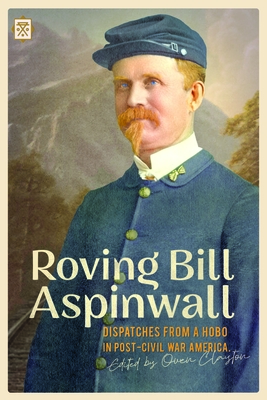 William 'Roving Bill' Aspinwall was all of these things and yet no lone descriptor does him justice. Born one of 23 siblings, married 5 times, wounded fighting for the Union in one of the bloodiest battles of the American Civil War, kicked out of numerous jobs and soldiers' homes for drunkenness, and having spent decades wandering as a penniless vagabond, Bill also kept up a 24-year correspondence with John James McCook, Professor of Modern Languages at Trinity College, Hartford, Connecticut. In so doing Bill provided the earliest and best account of life on the road by an American hobo.

Written between 1893 and 1917, Roving Bill Aspinwall: Dispatches from a Hobo in Post-Civil War America tells Bill's story entirely in his own words. Describing experiences on the road, the people he meets, his dalliances with women and his memories of the Civil War, the letters are a rich and unique correspondence. Having been physically and mentally scarred at the 1863 Battle of Champion Hill, Bill details his lifelong battle with booze. He also gives first-hand accounts of men thrown out of work during the economic Panic of 1893, of wandering around the country as an itinerant umbrella-mender, of working in factories, farms and even a circus, as well as his visit to the St. Louis World's Fair in 1903. Bill's words are the real voice of a nineteenth-century hobo.