Boogie: Life on a Merry-Go-Round (Paperback) 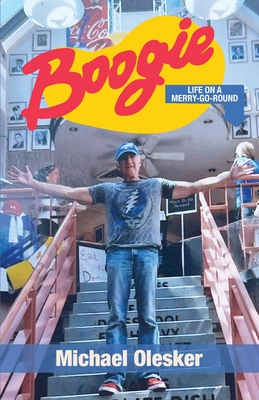 Boogie: Life on a Merry-Go-Round (Paperback)

But millions of American shoppers might have known about him from the stunning Merry-Go-Round clothing chain Leonard "Boogie" Weinglass created and then extended across most of the U.S.A. Now, in Boogie: Life on A Merry-Go-Round, veteran journalist Michael Olesker tells the life story of the rise from youthful poverty and street fighting, from the pool halls and the late-night Hilltop Diner of Baltimore, to multi-millionare businessman and philanthropist.Or, as Fortune Magazine once said, "Human history has produced exactly one Johann Sebastian Bach, one Sir Isaac Newton, and-for better or worse-one Leonard "Boogie" Weinglass...a true original, a streetwise Baltimore bad boy who grew up to be, by turns, hippie, founder of a successful retail chain, multi-millionaire, jet-setting Florida playboy..."What a ride...a $1 billion nationwide chain with nearly 1,500 stores and 15,000 employees, Merry-Go-Round became a Wall Street darling, and big-time players like Fidelity Investments, Bear Stearns, and Donald Trump tried to horn in on the action." It's an only-in-America tale about a once-in-a-lifetime character.