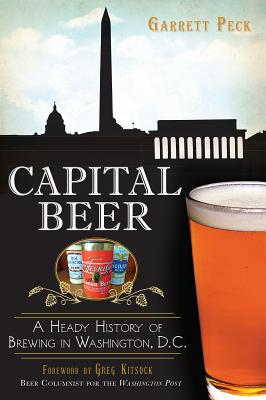 
In Stock—Click for Locations
Imagine the jubilation of thirsty citizens in 1796 when the Washington Brewery--the city's first brewery--opened. Yet the English-style ales produced by the early breweries in the capital and in nearby Arlington and Alexandria sat heavy on the tongue in the oppressive Potomac summers. By the 1850s, an influx of German immigrants gave a frosty reprieve to their new home in the form of light but flavorful lagers. Brewer barons like Christian Heurich and Albert Carry dominated the taps of city saloons until production ground to a halt with the dry days of Prohibition. Only Heurich survived, and when the venerable institution closed in 1956, Washington, D.C., was without a brewery for fifty-five years. Author and beer scholar Garrett Peck taps this high-gravity history while introducing readers to the bold new brewers leading the capital's recent craft beer revival.