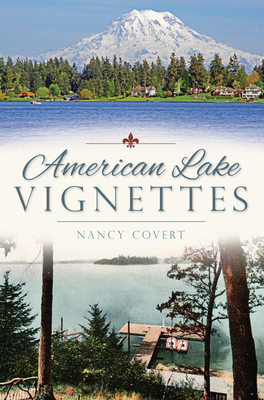 
Special Order—Subject to Availability
Lake City and Tillicum began as two communities separated by American Lake. Although they later joined with other surrounding neighborhoods to become part of the City of Lakewood, American Lake remains the treasured focal point of the region. The largest of twelve lakes in the Lakes District, American Lake was once envisioned by Tacoma developers as an ideal resort location. But their grandiose dreams came to a crashing halt with the Panic of 1893. Author Nancy Covert explores the little-known history of American Lake, weaving together stories from lifelong residents. Their tales recall a simpler time, when money earned from paper routes paid for seaplane flight lessons and dancing at the Lakeside Country Club was a favorite pastime. Join Covert for a vivid look back at life on American Lake.