Health and Efficiency: Fatigue, the Science of Work, and the Making of the Working-Class Body (Activist Studies of Science & Technology) (Paperback) 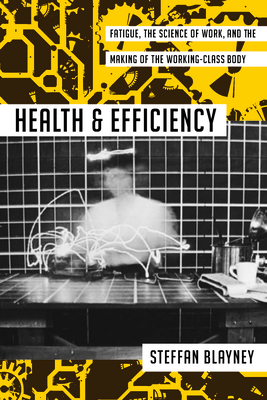 Health and Efficiency: Fatigue, the Science of Work, and the Making of the Working-Class Body (Activist Studies of Science & Technology) (Paperback)

A new model of health emerged in Britain between 1870 and 1939. Centered on the working body, organized around the concept of efficiency, and grounded in scientific understandings of human labor, scientists, politicians, and capitalists of the era believed that national economic productivity could be maximized by transforming the body of the worker into a machine. At the core of this approach was the conviction that worker productivity was intimately connected to worker health.

Under this new “science of work,” fatigue was seen as the ultimate pathology of the working-class body, reducing workers’ capacity to perform continued physical or mental labor. As Steffan Blayney shows, the equation between health and efficiency did not go unchallenged. While biomedical and psychological experts sought to render the body measurable, governable, and intelligible, ordinary men and women found ways to resist the logics of productivity and efficiency imposed on them, and to articulate alternative perspectives on work, health, and the body.

STEFFAN BLAYNEY is Wellcome Trust Research Fellow at the University of Sheffield.

“Using a wide range of sources, including papers of trade unions and government departments, and records that offer insights into worker perspectives, Steffan Blayney demonstrates how historical concepts intersect and function in different contexts. Anyone who wants to argue that physics has nothing to do with politics should read this book.”—Iwan Rhys Morus, author of Nikola Tesla and the Electrical Future

“A well-researched, highly readable account of an important social, economic, and scientific development in Britain during a period of industrial and global political change. Health and Efficiency will interest historians of modern Britain as well as historians of science, technology, and medicine.”— James F. Stark, author of The Cult of Youth: Anti-Ageing in Modern Britain