What about Tomorrow?: An Oral History of Russian Punk from the Soviet Era to Pussy Riot (Punx) (Paperback) 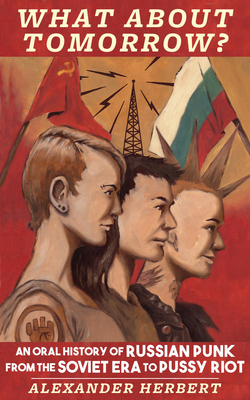 What about Tomorrow?: An Oral History of Russian Punk from the Soviet Era to Pussy Riot (Punx) (Paperback)


Not On Our Shelves—Ships in 1-5 Days
Punk arrived in Soviet Russia in 1978, spreading slowly at first through black market vinyl records and soon exploding into state-controlled performance halls, where authorities found the raucous youth movement easier to control. In fits and starts, the scene grew and flourished, always a step ahead of secret police and neo-Nazis. Most Westerners had never even heard of Russia's punk movement until Pussy Riot burst onto the international stage. This oral history takes you through four decades of the scene's evolution, from its origins in St Petersburg and Moscow to uniquely thriving punk scenes in the provincial capitals. Includes never-before-published photographs of many of the bands.