Inside a Pearl: My Years in Paris (Paperback) 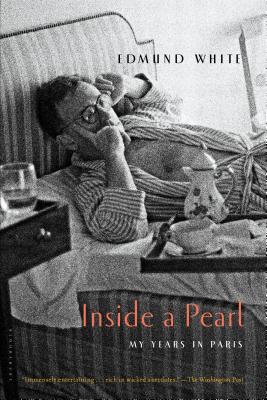 Inside a Pearl: My Years in Paris (Paperback)

When Edmund White moved to Paris in 1983, leaving New York City in the midst of the AIDS crisis, he was forty-three years old, couldn't speak French, and only knew two people in the entire city. But in middle age, he discovered the new anxieties and pleasures of mastering a new culture. When he left fifteen years later to take a teaching position in the U.S., he was fluent enough to broadcast on French radio and TV, and in his work as a journalist, he'd made the acquaintance of everyone from Yves Saint Laurent to Catherine Deneuve to Michel Foucault. He'd also developed a close friendship with an older woman, Marie-Claude, through which he'd come to understand French life and culture in a deeper way.

The book's title evokes the Parisian landscape in the eternal mists and the half-light, the serenity of the city compared to the New York White had known (and vividly recalled in City Boy). White fell headily in love with the city and its culture: both intoxicated and intellectually stimulated. He became the definitive biographer of Jean Genet; he wrote lives of Marcel Proust and Arthur Rimbaud; and he became a recipient of the French Order of Arts and Letters. Inside a Pearl recalls those fertile years for White. It's a memoir which gossips and ruminates, and offers a brilliant examination of a city and a culture eternally imbued with an aura of enchantment.

Edmund White is the author of many novels, including A Boy's Own Story, The Beautiful Room Is Empty, The Farewell Symphony, and Our Young Man. His nonfiction includes City Boy, Inside a Pearl, The Unpunished Vice, and other memoirs; The Flâneur, about Paris; and literary biographies and essays. He was named the 2018 winner of the PEN/Saul Bellow Award for Achievement in American Fiction and received the 2019 Medal for Distinguished Contribution to American Letters from the National Book Foundation.

“[A] beautifully written memoir. . . Inside a Pearl refers not only to Paris, with its mists and mysteries. This pearl is somehow a kind of snow globe as well, a transparent sphere that encloses a miniature world. White shakes this luminous object. Snow shimmers everywhere. And then the snow settles.” —New York Times Book Review

“Stealthily affecting . . . With a feather dipped in acid, White recounts his off-page encounters with a glittering 1980s beau monde . . . Characteristically vivid when it comes to eros White is just as unsparing when the pleasure-seeking gives way to the loss (including the death of his lover, Hubert, of AIDS), and to his own increasing sense of vulnerability and mortality.” —The Washington Post

“This rumination on his beau monde cohorts finds the writer acclimating to a slightly more sober lifestyle, but the memories of high-profile artists, fashion designers, actors and socialites are loose-lipped, uproarious tales of the louche and famous.” —T, the New York Times Style Magazine

“What is fascinating about Inside a Pearl [is] its game effort at self-examination and its commitment to warts-and-all sharing about sexual aging, social arrivism, and the brutal sadness caused by AIDS . . . His portrait of Marie-Claude de Brunhoff . . . is one of the most affecting depictions of the contours of friendship between a gay man and a straight woman in recent literature.” —Bookforum

“A memoir that engages on a number of levels, as a pivotal literary figure recounts his production Parisian years.” —Kirkus Reviews

“White is renowned for the purity of his style and for his frank depictions of sex, and he is in peak form here . . . He is wise in his portrayal of the French.” —Booklist

“Edmund White is the preeminent gay man of letters of our time . . . Revelations come wrapped in revelations . . . The book is a joy ride from first to last.” —Bay Area Reporter

“A glittering, delicious, tender, and funny memoir about his fifteen years in Paris.” —Nashville Scene