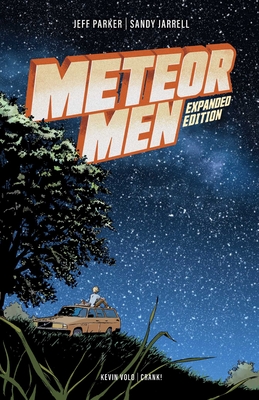 
In Stock—Click for Locations
The deluxe Expanded Edition features twenty new pages of story and art interspersed with the original pages of this modern classic!

One summer night, Alden Baylor sits in a field watching the largest meteor shower in human history. What begins as teenage adventure becomes something more—the celestial event brings travelers who will change the world completely, and Alden discovers a connection to one of them. How does a young man who had to grow up fast handle the invasion of his planet? Can Alden keep humanity from oblivion?