St. Francis of Assisi: Passion, Poverty, and the Man Who Transformed the Catholic Church. (Paperback) 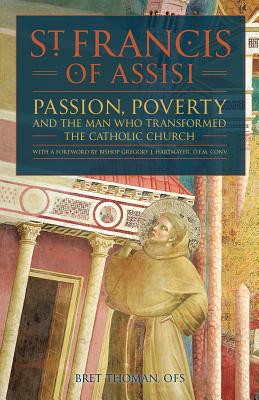 St. Francis of Assisi: Passion, Poverty, and the Man Who Transformed the Catholic Church. (Paperback)


Not On Our Shelves—Ships in 1-5 Days
Bret Thoman, OFS, has been a member of the Secular Franciscan Order (Third Order of St. Francis) since 2003. He has an M.A. in Italian from Middlebury College, a B.A. from the University of Georgia in foreign languages, and a certificate in Franciscan Studies. Bret has written and published three books and translated twelve books from Italian to English. While working as an interpreter for CNN, he translated the papal conclave and announced the election of Pope Francis live. But his main activity is organizing pilgrimages for St. Francis Pilgrimages, the company he founded in 2004. He is also an FAA-licensed pilot and has logged more than 3,500 hours of flight time. Bret is partial to Latin, Gregorian chant, and incense, and he spends his free time reading classics, hiking, or biking anywhere not on asphalt. He currently lives in Loreto, Italy, with his wife and two children.