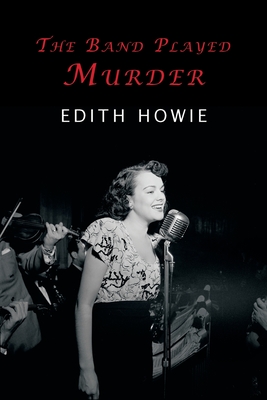 
Not On Our Shelves—Ships in 1-5 Days
Connie Waring didn't want to sing with a band; she wanted to be a concert pianist. But a spot on a home-talent radio program wasn't likely to get her there. So she took on a job with dark, hawkish Gale Ullman who already had one too many women in his life. And she found his band was not only a thing of sound but fury. . . . There was Mandy Martin, beautiful firebrand singer, fiercely possessive of all things-especially Gale Ullman. And Tait Gilmore, trumpet player, who liked his music hot- Then a mysterious girl tried to see Connie in Chicago where she didn't know anyone. . . . And in a small prairie town where the band was appearing for a week's stand the murderer struck, and struck again. . . .Edith Howie writes with practiced skill, and the flawless timing of good jazz. Her style is muted-tuned to terror, firing your suspicions until you begin to wonder if you aren't somehow involved, too. You are-to the tune of hours of suspense.

The Band Played Murder was first published in 1946. This edition includes a bibliographic introduction by Curtis Evans.