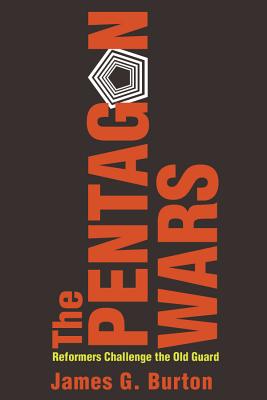 
Not On Our Shelves—Ships in 1-5 Days
(This book cannot be returned.)
From the late 1960s through the mid-1980s, a small band of military activists waged war against corruption in the Pentagon, challenging a system they believed squandered the public's money and trust. The book examines the movement and its proponents and describes how the system responded to the criticisms and efforts to change accepted practices and entrenched ways of thinking.

The author, an air force colonel and part of the movement, worked in the pentagon for fourteen years. He presents a view of the Department of Defense that only an insider could offer. He exposes serious flaws in the military policy-making process, particularly in weapons development and procurement. The details he gives on the unrelenting push for high-tech weapons, despite their ineffectiveness and extraordinary cost-overruns, provide a strong case for the charge of ethical bankruptcy.

The second half of the book deals with the author's attempts to get frontline equipment tested under combat conditions. For the first time, readers learn the nasty details of his battle with the army over line-fire testing of the Bradley Fighting Vehicle--a battle that he eventually won, leading to the personnel carrier's redesign and the saving of many lives.

Never reluctant to name names and reveal details, James G. Burton presents a forceful case. And his revelations offer insights not found elsewhere into the motivations and actions of the people who wield power from within. Nor does he stop at the walls of the Pentagon. In his epilogue he tells what happened in the field during the final hours of the Gulf War that allowed Hussein's elite Republican Guard to escape.

Now back in print after having inspired a feature HBO film, this explosive account of insider corruption is sure to serve policy-makers for generations to come.