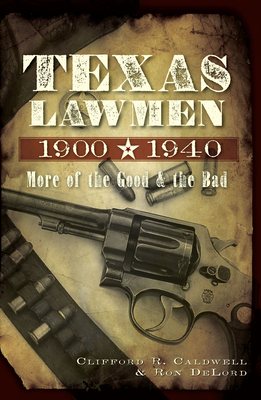 
Special Order—Subject to Availability
Lawlessness in Texas did not end with the close of the cowboy era. It just evolved, swapping horses and pistols for cars and semiautomatics. From Patrolman "Newt" Stewart, killed by a group of servicemen in February 1900, to Whitesboro chief of police William Thomas "Will" Miller, run down by a vehicle in the line of duty in 1940, Ron DeLord and Cliff Caldwell present a comprehensive chronicle of the brave--and some not so brave--peace officers who laid down their lives in the service of the State of Texas in the first half of the twentieth century.