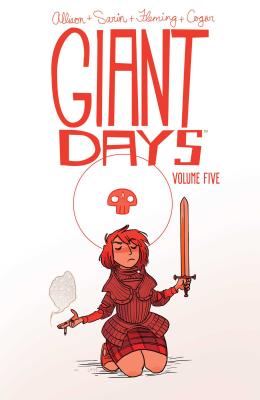 This is book number 5 in the Giant Days series.

Going off to university is always a time of change and growth, but for Esther, Susan, and Daisy, things are about to get a little weird.

Their freshman year is finally coming to a close and Daisy, Susan, and Esther say goodbye to Catterick Hall forever. Literally forever. It’s being bulldozed and re-purposed as a luxury dorm next semester. But as one door closes, another opens and between end of semester hookups, music festivals, and moving into their first home together, the life experiences are just getting started.