The Well of Ice (An Inishowen Mystery #3) (Paperback) 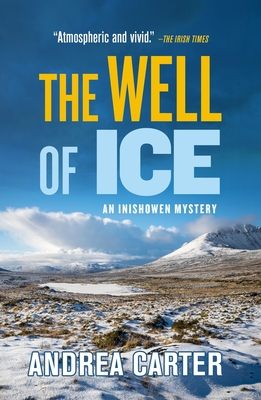 The Well of Ice (An Inishowen Mystery #3) (Paperback)

This is book number 3 in the An Inishowen Mystery series.

A cold—and terrifying—Christmas holiday on the Inishowen Peninsula

December on the Inishowen Peninsula in County Donegal—and solicitor Benedicta “Ben” O'Keeffe is working flat out before the Christmas holidays. While on a trip to Dublin to visit her parents, she runs into Luke Kirby—the man who killed her sister—freshly released from jail. On the surface he appears remorseful, conciliatory even, but his comment as she walks away makes her realize he is as evil as ever.

Back in Glendara, she finds chaos. The Oak pub has burned down and Carole Kearney, the Oak's barmaid, has gone missing. And then, while walking the dog up Sliabh Sneacht, Ben and her partner, Sergeant Tom Molloy, make a gruesome discovery: a body lying face down in the snow. Another brutal attack in the small town and Ben plunges into full discovery mode.

Who could be behind this vicious attack on Glendara and its residents? And why disturb such a charming town at Christmas? As Ben delves in to find answers, she comes face to face with the reality that all this evil could be swirling around her as her past confronts her present—and future.