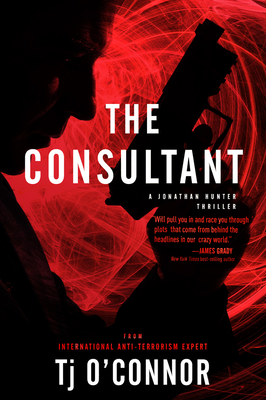 When a rogue CIA consultant goes AWOL from his Middle Eastern post in response to his brother’s plea for help, he arrives just in time to witness his brother’s murder. For years, Jonathan Hunter and his brother Kevin Mallory had not spoken—until Kevin’s final words, “… Khalifah … Not Them … Maya.”

Pursuing his brother’s killer, Hunter stumbles into a nest of horrifying terrorist activity by Middle Eastern refugees, which sparks a backlash across America. In the shadows, Hunter’s mentor, the omnipotent Oscar LaRue, is playing a dangerous game with Russian Intelligence. Neither Hunter nor LaRue realizes that a new threat—the Iranian threat—has entered the game. Stakes rise as two shadowy players are one step ahead of Hunter and LaRue—Khalifah, a terrorist mastermind, and Caine, a nomadic assassin who dances with the highest bidder.

As attacks escalate and the country drifts toward another Middle East conflict, innocent refugees become trapped between the terrorists and the terrorized. Prejudice, hate, and fear vent everywhere. Is this who we’ve become? Before the country explodes, Hunter must find Khalifah, learn the next terror target, and pray he’s in time to stop further annihilation.

Tj O’Connor is an independent security consultant and a former government anti-terrorism agent. He has traveled the world to investigate terrorism and other security threats. This depth of experience fills his thriller novels with real places, real people, and real dangers. The Consultant is the first in the Jonathan Hunter series. Tj lives in Winchester, Virginia, with his wife.

"Tj O'Connor is that rare thriller writer with both talent and street time in the worlds he rockets us readers through. O'Connor’s stories will pull you in and race you through plots that come from behind the headlines in our crazy world." — James Grady, New York Times best-selling author of Last Days of the Condor

"The Consultant is a flat out, dynamite read. Fast paced, compelling, and all too real. O'Connor writes with authority and the pages fly by almost too quickly. My favorite kind of thriller, reminiscent of the best Ludlum and Forsyth." — Christopher Reich, New York Times best-selling author of Invasion of Privacy

“[The Consultant is a] fast-paced thriller with a taut plot.” — Tulsa Book Review

“Tj O'Connor's The Consultant is a simply riveting thriller of a novel by an author who is an international anti-terrorism expert.” — Midwest Book Review

“Hop on O’Connor’s back and enjoy this ride. Helluva fun tale full of action, layers, deceptions, twists, and surprises. Well worth finding this one, folks. Put the publication date on your calendar. It rocks.” — Men Reading Books