Plants from Test Tubes: An Introduction to Micropropogation (Hardcover) 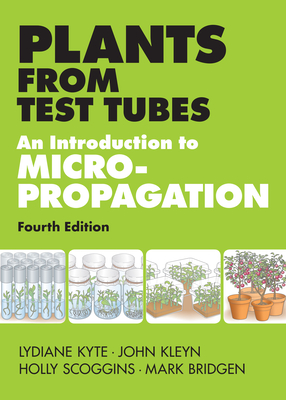 Plants from Test Tubes: An Introduction to Micropropogation (Hardcover)

Thirty years ago, in vitro propagation was a new technique for producing plants, and Lydiane Kyte’s Plants from Test Tubes became the standard work on the topic.

The new fourth edition has been thoroughly revised and updated to reflect the many advances in science and technology, including the five accepted sequential stages of micropropagation. Ten new plants have been added. This in turn has greatly expanded the already extensive bibliography. Among the new topics that have been introduced or expanded on are embryo culture for breeding, somaclonal variation, anther culture, somatic embryogenesis, cryopreservation, and genetic engineering. More ornamental plant examples are given and many new illustrations provided, including a chronology of discoveries in micropropagation.

Lydiane (Ann) Kyte holds a B.S. degree in botany from the University of Washington. She built a plant tissue culture program for Briggs Nursery, now world famous for its tissue-cultured plants.
John Kleyn received a Ph.D. in bacteriology from Cornell University and currently acquires books for Indonesian Universities.

Dr. Mark Bridgen is a professor at Cornell University and director of the Long Island Horticultural Research and Extension Center. He earned a PhD in plant physiology from Virginia Polytechnic Institute and State University. Dr. Bridgen teaches plant propagation, and his research specializes in ornamental plant breeding, plant tissue culture and micropropagation, and floriculture.