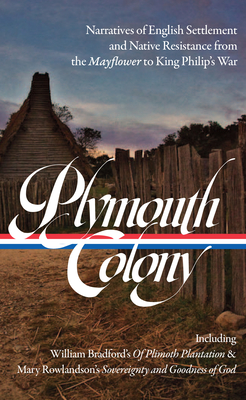 
Not On Our Shelves—Ships in 1-5 Days
Four centuries after the Mayflower's arrival, a landmark collection of firsthand accounts charting the history of the English newcomers and their fateful encounters with the region's Native peoples

For centuries the story of the Pilgrims and the Mayflower has been told and retold--the landing at Plymouth Rock and the first Thanksgiving, and the decades that followed, as the colonists struggled to build an enduring and righteous community in the New World wilderness. But the place where the Plymouth colonists settled was no wilderness: it was Patuxet, in the ancestral homeland of the Wampanoag people, a long-inhabited region of fruitful and sustainable agriculture and well-traveled trade routes, a civilization with deep historical memories and cultural traditions. And while many Americans have sought comfort in the reassuring story of peaceful cross-cultural relations embodied in the myth of the first Thanksgiving, far fewer are aware of the complex history of diplomacy, exchange, and conflict between the Plymouth colonists and Native peoples. Now, Plymouth Colony brings together for the first time fascinating first-hand narratives written by English settlers--Mourt's Relation, the classic account of the colony's first year; Governor William Bradford's masterful Of Plimouth Plantation; Edward Winslow's Good News from New England; the heterodox Thomas Morton's irreverent challenge to Puritanism, New English Canaan; and Mary Rowlandson's landmark "captivity narrative" The Sovereignty and Goodness of God--with a selection of carefully chosen documents (deeds, patents, letters, speeches) that illuminate the intricacies of Anglo-Native encounters, the complex role of Christian Indians, and the legacy of Massasoit, Weetamoo, Metacom ("King Philip"), and other Wampanoag leaders who faced the ongoing incursion into their lands of settlers from across the sea. The interactions of Plymouth Colony and the Wampanoag culminated in the horrors of King Philip's War, a conflict that may have killed seven percent of the total population, Anglo and Native, of New England. While the war led to the end of Plymouth's existence as a separate colony in 1692, it did not extinguish the Wampanoag people, who still live in their ancestral homeland in the twenty-first century.
Lisa Brooks, Professor of English and American Studies, Amherst College, is the author of The Common Pot: The Recovery of Native Space in the Northeast (2008) and Our Beloved Kin: A New History of King Philip's War (2018), which won the Bancroft Prize.


Kelly Wisecup, Associate Professor of English at Northwestern University, is the author of Medical Encounters: Knowledge and Identity in Early American Literatures (2013) and editor of "Good News from New England" by Edward Winslow: A Scholarly Edition (2014).