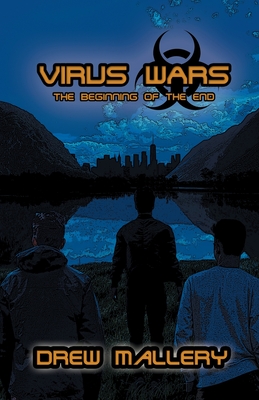 
Not On Our Shelves—Ships in 1-5 Days
In a world that is ravaged by a virus, the government craves ultimate control over a post-apocalyptic wasteland. With the world left in ruins, one family fights back.
The world has been devastated by a virus and a one world government has been formed to ensure the safety of the human race. All who accept their rule are welcome, but those who oppose it are deemed a threat and must be removed. Three brothers faced with the capture of their sister, by a power-hungry government, are aided by their God given gifts and set out on the most dangerous journey of their lives. Their action-packed adventure leads them to old friends, diabolical enemies, battles with bandits and government enforcement officers. If they make it alive to the Capital, how will they find their sister, and escape without being captured, or worse?
We live in a world crippled by fear and an uncertain future. The Virus Wars will allow readers to imagine themselves taking control of a world where everything around them seems chaotic. The feeling of wanting to be a part of something, even when it means betraying long held values, is a struggle many of us face. How will this family respond? How will you respond when the challenge arises?