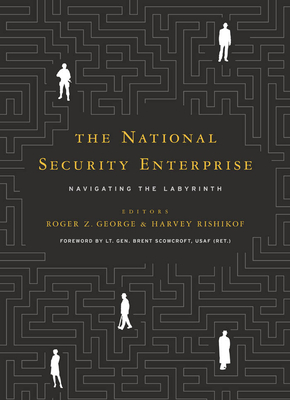 
Not On Our Shelves—Ships in 1-5 Days
(This book cannot be returned.)
Recent foreign policy crises have all referred to the increasingly complicated and often dysfunctional "interagency" process that drives American foreign policy deliberations over national security issues. In the literature of national security studies, however, there is little attention given to the specific dynamics or underlying organizational cultures that often drives the bureaucratic politics of American foreign policy. This book offers a broad overview and analysis of the interagency process, Congressional checks and balances, and the role of the media and other private sector organizations in the U.S. national security enterprise. The book takes a consciously "Washington" perspective, focusing on the headquarters' mentalities, as most strategic decisions are made inside the Beltway. The central premise is that the dysfunction often described in the current national security system gives little rigorous attention to the internal organizational cultures that make it up; moreover, no conceptual or structural fix to the current system is likely to succeed unless it understands the organizations and people that make up that system.
Roger Z. George is Professor of National Security Practice at Occidental College. During his thirty-year career as a CIA analyst, he also served at the State and Defense Departments and was the national intelligence officer for Europe. Harvey Rishikof was formerly the dean of faculty and professor of law and national security at the National War College. He has held senior positions in the federal justiciary, the office of the director of national intelligence, and the FBI. He has been the chairman of the ABA's standing committee on law and national security, and he is currently involved in a cyber law practice with Cromwell & Moring in Washingon, DC.