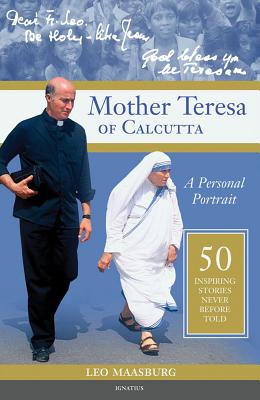 Mother Teresa's life sounds like a legend. The Albanian girl who entered an Irish order to go to India as a missionary and became an "Angel of the Poor" for countless people. She was greatly revered by Christians as well as Muslims, Hindus and unbelievers, as she brought the message of Christian love for one's neighbor from the slums of Calcutta to the whole world.

Fr. Leo Maasburg was there as her close companion for many years, traveling with her throughout the world and was witness to countless miracles and incredible little-known occurrences. In this personal portrait of the beloved nun, he presents fifty amazing stories about her that most people have never heard, wonderful and delightful stories about miracles, small and great, that he was privileged to experience at Mother Teresa's side. Stories of how, without a penny to her name, she started an orphanage in Spain, and at the same time saved a declining railroad company from ruin, and so many more.

They all tell of her limitless trust in God's love, of the way the power of faith can move mountains, and of hope that can never die. These stories reveal a humorous, gifted, wise and arresting woman who has a message of real hope for our time. It's the life story of one of the most important women of the 20th century as it's never been told before.

Fr. Leo Maasburg, born 1948, was one of the closest friends of Mother Teresa of Calcutta for many years. He was her priest, advisor and translator, and he heard her confessions. He is director of the relief organization Mission in Austria