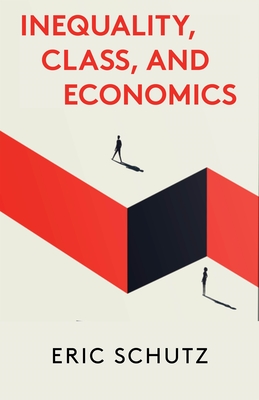 What if neoclassical economics addressed the question of class? This accessible overview of economic theory launches this investigation

The COVID-19 pandemic exposed the economic inequalities pervading every aspect of society-- and then multiplied them to a staggering degree. A mere nine months into the lockdown, the net worth of the infamous Forbes 400 increased by one trillion dollars; In a single year the US poverty rate rose by the largest amount ever since record-keeping began sixty years ago. At the same time, mass unemployment imperiled or erased the fragile right to quality health care for a substantial number of people living in states without Medicaid. In Inequality, Class, and Economics, Eric Schutz illumines the pillars undergirding the monstrous polarities which define our times-- and reveals them as the very same structures of power at the foundations of the class system under today's capitalism. Employing both traditional and novel approaches to public policy, Inequality, Class, and Economics offers prescriptions that can genuinely address the steepening and hardening of class boundaries. This book pushes past economists' studied avoidance of the problem of class as a system of inequality based in unequal opportunity, and exhorts us to tackle the heart of the problem at long last.
Eric A. Schutz is a Professor Emeritus at Rollins College, where he taught a great variety of Economics courses from 1987-2015. He is the author of Markets and Power: The Twentieth Century Command Economy and Inequality and Power: The Economics of Class, as well as articles in the Review of Radical Political Economics, the Forum for Social Economics, the Journal of Economic Issues, and the Encyclopedia of Political Economy. He lives with his wife in western North Carolina