My Life With the Spirits: The Adventures of a Modern Magician (Paperback) 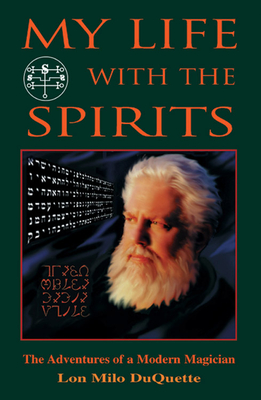 My Life With the Spirits: The Adventures of a Modern Magician (Paperback)


Not On Our Shelves—Ships in 1-5 Days
A rare glimpse into the fascinating, sometimes terrifying, sometimes hilarious world of a modern ceremonial magician. Hailed by critics as the most entertaining author and one of the most widely respected members of the magick community, Lon Milo DuQuette provides a beacon for aspiring magicians everywhere.
Lon Milo DuQuette has been involved with occult studies since the late 60s, and has become an acknowledged and widely recognized authority within the world of modern occultism. His previous publications include Magick of Thelema, The Tarot of Ceremonial Magick, Angels, Demons &amp; Gods of the New Millennium, and the humorous, biographical My Life with the Spirits.