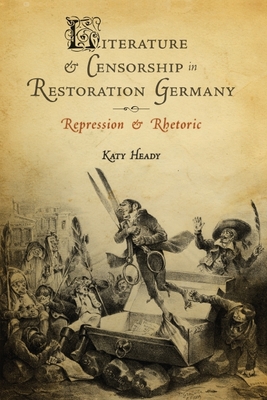 
Special Order—Subject to Availability
The effects -- both inhibitory and creative -- of the 1819-1848 censorship on German-language literary writing. In 1819, the German Confederation promulgated the infamous "Carlsbad Decrees," establishing censorship standards aimed at thwarting the political aspirations of post-Napoleonic Germany's rapidly emerging public sphere. This most comprehensive system of state censorship to that point in German lands remained in place until the revolutions of 1848, and is widely acknowledged to have had a profound influence on public discourse. However, although censorship during the period has been the object of much scholarly interest, little is known about its precise effects on literary writing. This book redresses that situation through detailed studies of six works composed and published in different parts of the Confederation by three prominent writers: Christian Dietrich Grabbe, Heinrich Heine, and Franz Grillparzer. By analyzing successive versions of these works, the study illustrates the thematic, linguistic, and aesthetic constraints censorship placed upon their writing, as well as the variety of literary evasion strategies that it stimulated. It demonstrates that while censorship inhibited and distorted German literary writing, it also led to the emergence of distinctively complex and inventive modes of literary expression that came to mark the epoch. Katy Heady received her PhD in German from the University of Sheffield in 2007.