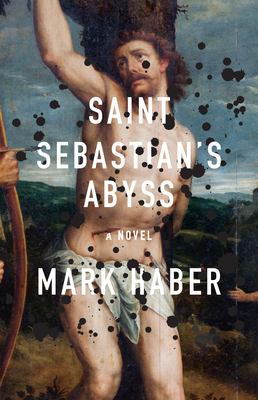 “Quietly hilarious, this slim novel encapsulates the absurdity of academia and honors the impact art has on our lives. From compulsive phrases to the judicious reveal of what imploded a friendship, Haber has crafted a marvelous book.”
— Madeline Hausmann, BookPeople, Austin, TX

"What I wanted more than anything was to be standing beside Schmidt, in concert with Schmidt, at the foot of Saint Sebastian's Abyss along with Schmidt, hands cupped to the sides of our faces, debating art, transcendence, and the glory of the apocalypse."

Former best friends who built their careers writing about a single work of art meet after a decades-long falling-out. One of them, called to the other's deathbed for unknown reasons by a "relatively short" nine-page email, spends his flight to Berlin reflecting on Dutch Renaissance painter Count Hugo Beckenbauer and his masterpiece, Saint Sebastian's Abyss, the work that established both men as important art critics and also destroyed their relationship. A darkly comic meditation on art, obsession, and the enigmatic power of friendship, Saint Sebastian's Abyss stalks the museum halls of Europe, feverishly seeking salvation, annihilation, and the meaning of belief.

Mark Haber is the author of the 2008 story collection Deathbed Conversions and the novel Reinhardt's Garden, longlisted for the 2020 PEN/Hemingway Award. He is the operations manager at Brazos Bookstore in Houston, Texas. His nonfiction has appeared in the Rumpus, Music & Literature, and LitHub. His fiction has appeared in Southwest Review and Air/Light.