The Art of How to Train Your Dragon (Hardcover) 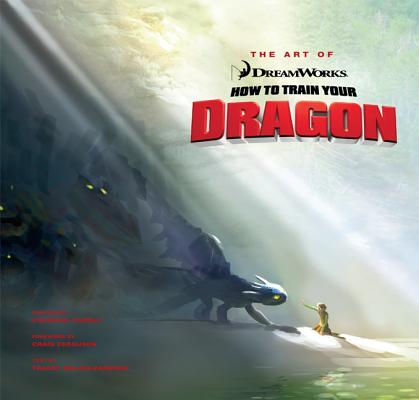 The Art of How to Train Your Dragon (Hardcover)

How to Train Your Dragon is the story of a scrawny teenaged Viking, Hiccup Horrendous Haddock the Third, who lives on the island of Berk in the North Sea. Hiccup is a member of a Viking tribe and wants to make his father, the chief, proud of him. Entering dragon training, Hiccup has a chance to prove his worthiness to his tribe and father. But then, in a world where Dragons and Vikings do not coexist peacefully, Hiccup encounters and ultimately befriends an injured dragon, at which point his world is turned upside down.

The Art of How to Train Your Dragon is a spectacularly designed, full-color insider's guide to the creative process that went into turning Cressida Cowell's popular book into a feature-length, animated film. Featuring more than 350 pieces of development artwork, including early character designs, story sketches, and concept paintings never before released by the studio, the book provides an in-depth look at the process involved in bringing mythical Dragon and Viking worlds to life.

Tracey Miller-Zarneke is the former Production Department Manager for Walt Disney Feature Animation and author of The Art of Kung Fu Panda, The Art of Meet The Robinsons, and The Art and Making of Cloudy with a Chance of Meatballs.