The Politics of Direct Democracy: Referendums in Global Perspective (Paperback) 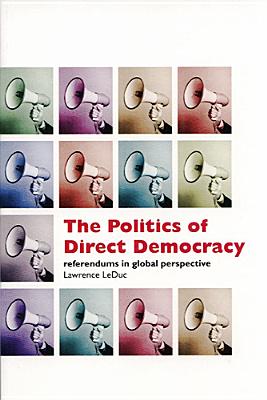 The Politics of Direct Democracy: Referendums in Global Perspective (Paperback)

Devices such as initiatives, referendums, and other types of direct votes have increased in use throughout the world over the past two decades. Switzerland utilizes referendums as an integral part of its process of government, and Australia and Ireland use them to effect constitutional changes. Initiative and referendum devices are also widely employed in many American states. In Canada, there is an increasing discussion at all levels of government about the use of referendums to foster greater democratization of political life.

Considering its growing popularity among many political reformers, the referendum remains much understudied. This book aims to provide a comprehensive, up-to-date survey of direct democratic institutions and devices as they have developed both in the thinking of modern political theorists and in actual political practice in the world's major democratic nations. Among the cases specifically considered are the California and Swiss models, the two Quebec sovereignty referendums, the 1999 Australian referendum on the monarchy, the 2000 Danish referendum on the Euro, Irish referendums on divorce and abortion, and the votes in Sweden on nuclear energy and European Union membership.