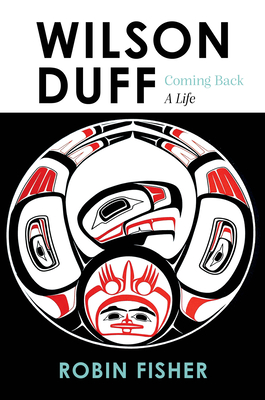 The fascinating origin story of Wilson Duff, the pioneering BC anthropologist and museologist remembered for his contributions to research on First Nations cultures of the Northwest Coast.

Wilson Duff was born in 1925 in the city of Vancouver and his turbulent early years were shaped by the Great Depression and the Second World War. An intelligent child, he quickly progressed in school. After one year at the University of British Columbia, he signed up for the Air Force. An analytic thinker, Duff excelled as a navigator on a Liberator bomber based in India. However, these years carried their own traumas--the omnipresent terror of war and the spectre of death.

On his return from India, Duff recommenced his studies at UBC. There he began a love affair with anthropology and museum studies. As provincial anthropologist at the BC Provincial Museum from 1950 to 1965 and then at the University of British Columbia, he helped to shape Canadian and British Columbian understanding of First Nations' cultures. Forging relationships with Indigenous Peoples during field work, Duff was particularly interested in the Northwest Coast cultures and art, and authored important books including Arts of the Raven: Masterworks by the Northwest Coast Indian and Images Stone B.C.: Thirty Centuries of Northwest Coast Indian Sculpture. Hundreds of students left his classes with a greater understanding of Indigenous cultures and the consequences of settler colonialism in British Columbia. He devoted his life to understanding Indigenous people and cultures and communicating that understanding to newcomers, a subject of continued relevance today.

Duff struggled with depression for much of his life and died by suicide at age 51. In the end, he claimed he did not fear death because "the end is the beginning." He believed in reincarnation: that he would be coming back.

In tracing the story of Wilson Duff, biographer Robin Fisher reveals the evolution of anthropological studies, the history of a time and place--Vancouver during the Great Depression and war years--and the more recent changes taking place in museum and anthropology studies. Told with insight, and attention to the controversies and complexities of Duff's life, this story will fascinate anyone engaged in BC history.