Ana and the Cosmic Race #2 (Paperback) 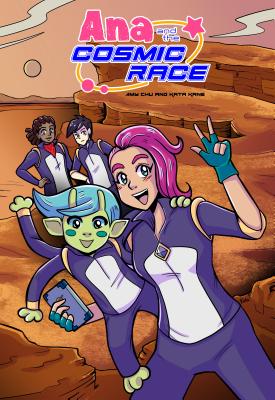 Ana and the Cosmic Race #2 (Paperback)


Special Order—Subject to Availability
Welcome to the Cosmic Race, where winner takes all - all of Dr. Laslo’s immense galactic empire! Eight students compete to find three gems hidden across time and space. The first challenge took place on Earth, from the time of the dinosaurs to Victorian England! Now Ana, a hardworking and dedicated student, must race to Mars with her BFF Zyx, a shapeshifter from the very same planet! While popular (and cute!) Keene is still the favored to win, Ana won the first gem with the help of the mysterious Keio, for reasons Ana still doesn’t understand. With such conflicting feelings, will Ana be able to score the next gem or will Mars be more of a challenge than she thinks?

A graduate of MIT and Harvard Business School, Amy Chu has made a name for herself through her work with DC comics. She has written for both the Poison Ivy and Wonder Woman characters, and she now runs the imprint Alpha Girl Comics.

Kata Kane is an illustrator, designer, and comic book artist best known as the creator of "Altar Girl," an all-ages graphic novel and ongoing webcomic commended as the "cute shoujo manga with a spine of steel!"