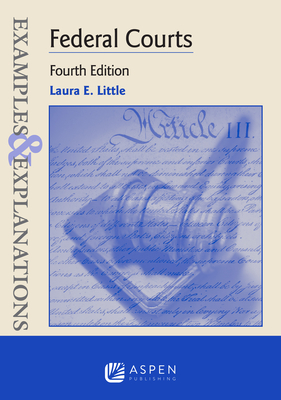 Award-winning author and professor, Laura E. Little, has updated her approachable and practical study guide to what is considered one of the most challenging and abstract subjects in the law. Examples & Explanations for Federal Courts grounds the law of federal courts for students by providing brief textual introduction to doctrines, as well as examples, analytical answers, and graphical depictions of the legal doctrine. The new edition maintains the highly admired, straightforward Examples & Explanations format yet also includes many important cutting-edge developments in the field, omitted from competing books.

New to the 4th Edition:

Professors and students will benefit from: