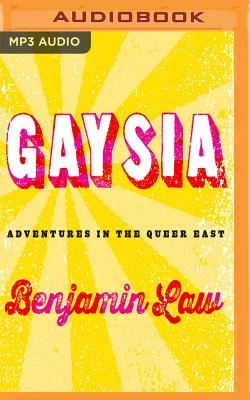 Benjamin Law considers himself pretty lucky to live in Australia: he can hold his boyfriend's hand in public and lobby his politicians to recognize same-sex marriage. But as the child of immigrants, he's also curious about how different life might have been had he grown up in Asia. So he sets off to meet his fellow Gaysians.

Law takes his investigative duties seriously, going nude where required in Balinese sex resorts, sitting backstage for hours with Thai ladyboy beauty contestants, and trying Indian yoga classes designed to cure his homosexuality. The characters he meets - from Tokyo's celebrity drag queens to HIV-positive Burmese sex workers and Malaysian ex-gay Christian fundamentalists to Chinese gays and lesbians who marry each other to please their parents - all teach him something new about being queer in Asia.

At once entertaining and moving, Gaysia is a wild ride and a fascinating quest by a leading Australian writer.