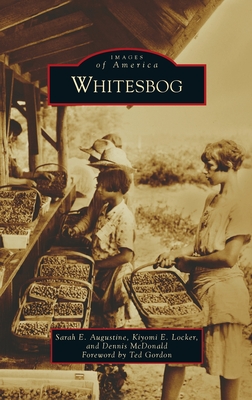 
Not On Our Shelves—Ships in 1-5 Days
Nestled in the Pine Barrens of southern New Jersey, Whitesbog was established by James Fenwick in 1857 as a cranberry farm. During the 1890s, under the leadership of Fenwick's son-in-law Joseph J. White, Whitesbog became the largest cranberry operation in the United States. By then, Whitesbog housed workers from South Philadelphia, typically Italian immigrants, who would stay in the satellite villages of Florence and Rome for the duration of the cranberry harvest. In 1911, Elizabeth White worked to domesticate the highbush blueberry in collaboration with Dr. Frederick Coville of the US Department of Agriculture, making Whitesbog the official birthplace of the blueberry industry; this effort would not have been achieved if not for the knowledge of the locals known as Pineys. Into the 1960s, Whitesbog was more than just a multigenerational family farm and site of innovation--it was a year-round community complete with housing, a post office, and even a school.