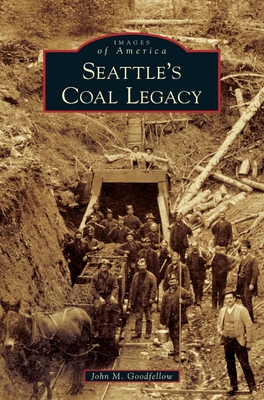 
Not On Our Shelves—Ships in 1-5 Days
(This book cannot be returned.)
In the 1880s, Seattle became a major coal port in the United States. By 1908, Puget Sound was the third-largest coal port, after New York and Baltimore. For Seattle, the major coal mines were in Issaquah, New Castle, Renton, and Black Diamond, with many other smaller mines throughout King County. Until the petroleum revolution, Seattle exported most of its coal to San Francisco. Because of coal, Seattle became a center for skilled engineers, machinists, and miners for the maritime, manufacturing, mining, and railroad industries, differentiating itself from other lumber towns on Puget Sound. Seattle's Coal Legacy is the story of a frontier town going through an industrial revolution in its own time. The skills and knowledge developed during the coal era--engineering, finance, transportation, manufacturing, etc.--made Seattle the major city it is today.