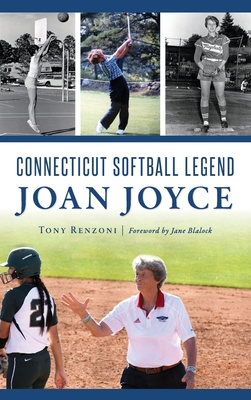 
Not On Our Shelves—Ships in 1-5 Days
(This book cannot be returned.)
Joan Joyce will always be known as the unbeatable pitcher for the Raybestos Brakettes and the Connecticut Falcons, whose numerous career records--including an incredible 150 no-hitters and 50 perfect games--made her the best in the game. However, she was also one of the most gifted athletes the state has ever produced, as she also set records in basketball and later went on to a stellar career in the LPGA. A true pioneer of women's sports, Joan is currently the head softball coach at Florida Atlantic University. Join author Tony Renzoni as he profiles the multifaceted career of one of the country's greatest athletes.