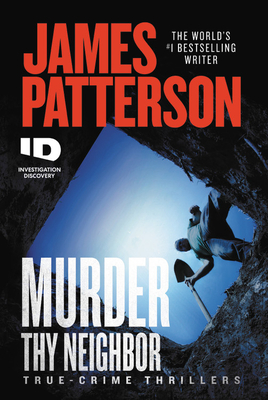 This is book number 4 in the ID True Crime series.

As seen on ID, these two true-crime thrillers follow a neighbors' quarrel that turns violent and cyber-bullying that explodes in a double murder.

Murder Thy Neighbor: Ann Hoover is a nice woman but she's come to hate her neighbor. Roy Kirk moved in next door with plans to renovate. But as the weeks go by, his DIY construction turns to shambles. When Ann takes him to court, Kirk's retaliation will be shockingly gruesome (with Andrew Bourelle).

Murder IRL: Jenelle Potter has always been better at connecting with people through social media. With overprotective parents, she hasn't had very many options to meet people, until she links up with Billy. But her feelings for Billy are unreciprocated, causing Jenelle to start a virtual war—a war that enters the real world (with Max DiLallo).
James Patterson has had more New York Times bestsellers than any other writer, ever, according to Guinness World Records. Since his first novel won the Edgar Award in 1977 James Patterson's books have sold more than 375 million copies. He is the author of the Alex Cross novels, the most popular detective series of the past twenty-five years, including Kiss the Girls and Along Came a Spider. He writes full-time and lives in Florida with his family.