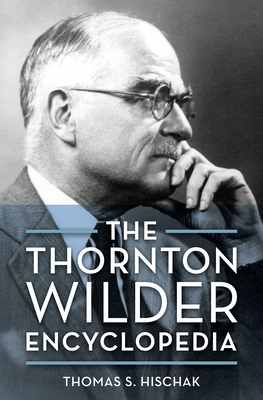 
Not On Our Shelves—Ships in 1-5 Days
(This book cannot be returned.)
Thornton Wilder is one of America's greatest writers, the only author to win Pulitzer Prizes in two different categories--one in fiction and two in drama. Equally well known for his plays and novels, his unique and diverse body of work also includes essays, journals, lectures, and film and television scripts. In The Thornton Wilder Encyclopedia, Thomas S. Hischak exhaustively covers Wilder's life and extensive career. Entries not only contain every one of his novels, plays, and scripts, but also his letters, journals, and all other existing works by Wilder, published or unpublished. In addition, this valuable reference features entries on the individuals who worked with Wilder and friends and family members who were a great influence on him. With a biography of Wilder to introduce the work and a chronology and selected bibliography to augment the entries, The Thornton Wilder Encyclopedia is the most comprehensive reference available on one of America's greatest playwrights and finest novelists.
Thomas S. Hischak is an internationally recognized writer and teacher in the performing arts. He is the author of twenty-six non-fiction books about theatre, film, and popular music, including the Rowman & Littlefield titles Theatre as Human Action: An Introduction to Theatre Arts, The Disney Song Encyclopedia (with Mark A. Robinson), The Encyclopedia of Film Composers, The 100 Greatest American Plays, 1939: Hollywood's Greatest Year, and 100 Greatest American and British Animated Films.