Deep in the Sea (Novelty book) 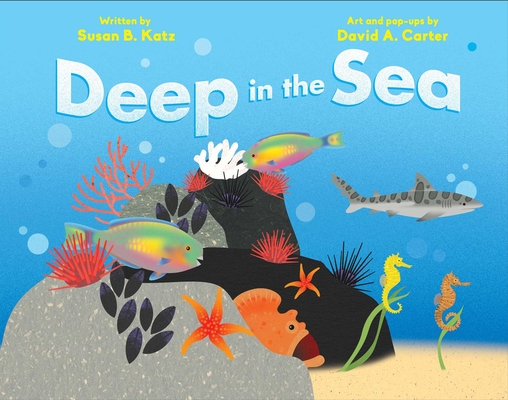 Deep in the Sea (Novelty book)

By Susan B. Katz, David A. Carter (Illustrator)


Not On Our Shelves—Ships in 1-5 Days
Compare sea creatures to land animals with similar names in this interactive play-on-words pop-up book with spectacular illustrations.

Lions roar...sea lions snore. Are catfish, dogfish, and elephant seals the same as a cat, a dog, or an elephant? Pop-ups reveal their differences in this delightful introduction to amazing creatures of land and sea.
Susan B. Katz is an award winning author and bilingual certified teacher. She has written ABC, Baby Me!; All Year Round; and Deep in the Sea, among others. She lives in California.

David A. Carter is a master paper engineer and creator of How Many Bugs in a Box? and more books in that series, which has sold more than six million copies. He is also the author and illustrator of the critically acclaimed One Red Dot, among others. Carter lives in Auburn, California, with his family.