Up from the Ashes: One Doc's Struggle with Drugs and Mental Illness (Paperback) 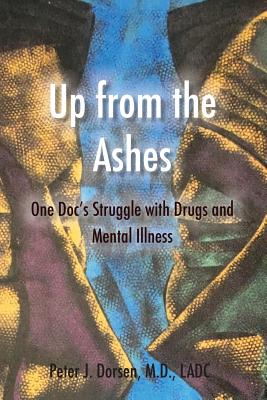 Up from the Ashes: One Doc's Struggle with Drugs and Mental Illness (Paperback)

"Up from the Ashes: One Doc's Struggle with Drugs and Mental Illness" is a tangible saga of one doctor's struggle with such an illness. It is a story that is readily understandable. What makes this book special is that Dr. Dorsen is a physician whose illness was so severe he lost his license to practice. But in "Up from the Ashes" he reveals his ultimate process of understanding and exposition -- making it both alarming and freeing. Generally, in this society physicians are not readily given to such self-revelation. Dr. Dorsen, by doing so, offers his readers the chance to make such a journey via his persona. In the process, manic depression, its earlier appellation, becomes less anathema and more representational and freeing that any of us, even a professional, can suffer by mixing drugs and mental illness. In Dr. Dorsen's case as a physician, it is from such a privileged position in our society that he so openly reveals what can happen to any man or woman innately suffering from such a condition.