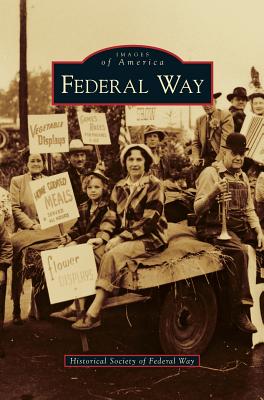 By Historical Society of Federal Way


Not On Our Shelves—Ships in 1-5 Days
(This book cannot be returned.)
Located on Puget Sound between Seattle and Tacoma, the site that became Federal Way was first settled by loggers, who in the 1860s began using the shore along Puget Sound for easy access to the extensive timber available inland. By the 1880s, about 50 homesteaders had filed claims in the Greater Federal Way area. Five small communities with individual school districts were established. When the five school districts consolidated in 1929, the new school was given the name Federal Way School because of the recently built, federally funded highway that passed nearby. Eventually the entire community came to be known as Federal Way. Still a relatively rural place up until the 1950s, Federal Way has grown exponentially since that time and is now the eighth largest city in Washington.